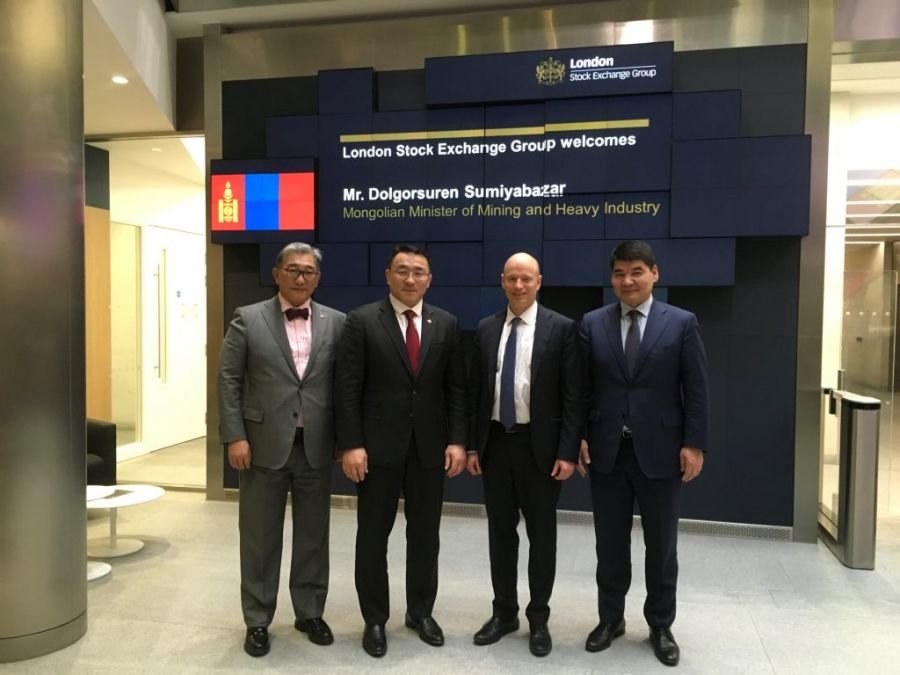 Ulaanbaatar /MONTSAME/  Delegation led by Minister of Mining and Heavy Industry D.Sumiyabazar paid a working visit to London from February 28 to March 2.

During his visit Minister D.Sumiyabazar met with the authorities of British Government and international organizations in London including Minister of State for Trade and Export Promotion Mrs. Rona Fairhead, CEO of the London Stock Exchange David Schwimmer, Vice President of the European Bank for Reconstruction and Development Alain Pilloux, Rio Tinto Copper & Diamonds chief executive Arnaud Soirat. The Minister also hold meetings with the representatives of investment banks and foundations such as ‘JP Morgan’, ‘Jefferies’, ‘Bank of America Merrill Lynch’ and ‘Sturgeon Capital’.

At the meetings the Mining Minister emphasized that a new favorable environment is being created for investing in mining and heavy industry of Mongolia, briefing on the preparation for trading of up to 30 percent of shares of Erdenes Tavan Tolgoi JSC on international stock exchanges and exchanged views in this regard.